RESOLVENewsEmergence of the Internet Defense League 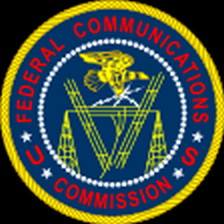 Net Neutrality, The FCC, And You

The FCC has a very high level of control over all communications in the U.S. and we are all benefiting from the fact that they have NOT reduced the Internet to a form of communication regulated beyond reason. It nearly did happen. Thanks to the efforts of several entities such as The Internet Defense League (of which Resolve is a member), Fight for the Future, and many other organized groups whose missions include preventing such actions - the 'Net is safe (at least for the time being). Along with said organizations there were also innumerable motivated individuals who felt the need to fight the potential destruction of Net Neutrality. This all demonstrates two things specifically: There are those who would benefit from charging more money to allow more bandwidth, and those who know that this would disallow far too many from just being a viable part of the 'Net.

If FCC chairman Tom Wheeler had his way,the bandwidth which equals our access to the 'Net would be reclassified as a utility which could allow bandwidth providers such as AT&T, Comcast, and Verizon to create "fast lanes" for which they could charge exorbitant fees. Not likely that you or I could afford that not to mention small companies trying to survive and help the overall economy. This is the key to what the REAL Net Neutrality should be: Not a segregated utility where only Big Business has a clear advantage, rather a literally neutral tool for all to access with equal bandwidth options.

Actions taken to prevent the draconian changes proposed by the FCC were vigorous and are to be applauded. The Internet Defense League and Fight for the Future (along with others) created an encampment at the door of the FCC making it clear that this would not happen without a fight. The news about the FCC and it's proposal was spread all over the 'Net and the fight to stop it was recognized in the press. Furthermore, earlier this week a bill was introduced by Ohio representative Bob Latta (R) which would block the FCC from reclassifying broadband as a utility and this could be a very good or a very BAD thing - hopefully this will be written properly and passed into Law if it keeps the 'Net safe. It seems the Internet will always be a target for "who knows what" when it comes to regulation so this is likely not the last fight, but let's be clear - the 'Net should be open and and equally available to ALL, bar none.

Read more about Net Neutrality from these resources:

Fight for the Future

We have 170 guests and no members online