Gaming Settings In Windows 10 PCs Are Not Just For Xbox 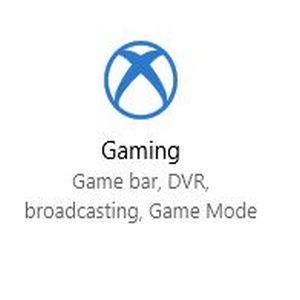 Although the Xbox is featured when it comes to gaming settings in Windows 10 it is by no means a requirement to use the Xbox and any game which is compatible with Windows 10 can be played using the many features which gaming settings in Windows 10 provide. Steam works properly in Windows 10 and if you use Steam you'll likely find the game or games you like work properly too. Take a look at the image below and you'll see a few notable things in the upper left unrelated to using the Xbox. Elite Dangerous is a cool space flight sim which installed with no issues in this Windows 10 Insider Preview Build 16215. You can also see that The Elder Scrolls Online is referenced as a recently played game just below that and I play that game using Steam. The game bar will come up whenever you hit WIN+G and you can then start a game DVR recording within the Windows 10 environment with a whole mess of games, even if not using the Xbox. The Xbox App for Windows 10 PCs is very comprehensive and looks pretty sleek but you'll find that the rest of Windows 10 gaming capabilities are sleek as well so gaming settings in Windows 10 PCs are not just for Xbox.

Windows 10 Game DVR Works With Or Without The Xbox

The Game DVR in Windows 10 is likely to be a big hit with any gamers who may never have had another option for recording their gameplay. I recorded two videos using the Game DVR in Windows 10 just for the purpose of proving out its functionality with games which are not run on the Xbox. Elite Dangerous is just a game installed on the hard drive within Windows 10 and The Elder Scrolls Online runs through Steam which itself is installed on the same hard drive. These two videos are not for showing off the games themselves or gameplay in general, they just demonstrate that the Game DVR in Windows 10 does its job regardless of the use of the Xbox. Any recordings made are saved automatically in /videos/Captures on your C Drive but you can change that as I did by copying the entire Captures folder and pasting it for instance to a second drive to help manage space. From that point forward all videos you decide to record using the Game DVR in Windows 10 will save to that new destination which in my case is I:/Captures. Another thing I found interesting and I actually do like is the fact that videos are saved in the MP4 format. In my opinion this is far better than the .wlmp format which the Windows Movie Maker would use to save movies. Progress perhaps but regardless I'll take the .mp4 over a .wlmp any day. Take a look at the videos below (made in the Windows 10 Insider Preview Build 16237) which help show that the Windows 10 Game DVR works with or without the Xbox.

The Windows 10 Xbox App Isn't Just For Xbox Either

Once you get the Fall Creator's Update not long from now (likely September 2017) you'll have the Gaming Settings Control Panel added to your settings. Prior to that the Windows 10 Xbox App has a DVR section and as you can see from the previous image it's not reserved for Xbox games exclusively. This is a very good thing in that although the Xbox remains a focus point the Windows 10 Xbox App itself is much less "proprietary" than is Microsoft's historical practice. Maybe they're opening up just a bit and gamers, in this case, are the benefactors. So play your games, broadcast you games, and record them easily all from within Windows 10. All in all it's good to know that even the Windows 10 Xbox App isn't just for Xbox.